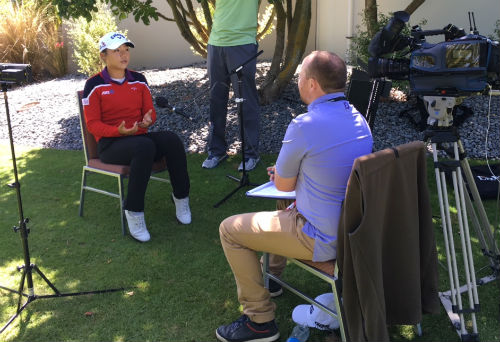 During the week, the Sports Inc crew filmed a 30 minute exclusive interview with World Number One Lydia Ko which can be seen on upcoming episodes of Holden Golf World.